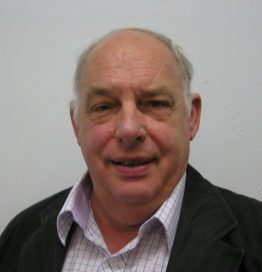 Anton Abrahams is the current chairman of the Australasian Critical Communications Forum. He has more than 40 years’ experience in the mobile radio industry and in the earlier stage of his career spent a number of years with Siemens Australia in Defence Electronics and then a further 15 years with Philips TDS based in Australia, UK and Asia. He spent 6 years in South Asia for Telecom Australia Int’l (Telstra) as Regional Manager Asia South and was instrumental in the implementation of India’s first GSM network (Modi/Telstra) and VSAT services. Later Anton joined his ex-Philips colleagues in the UK to set up Simoco International, and worked as the MD of Simoco South Asia & Pacific followed by a number of years with ComNet Ericsson and M/A-COM in the US as Regional Director Asia/Pacific before joining MCS Digital as GM. Anton was born in the Netherlands where he did his initial formal training in electronics and communications and he spent a number of years in the Dutch Navy prior to joining Siemens and Philips in Australia.