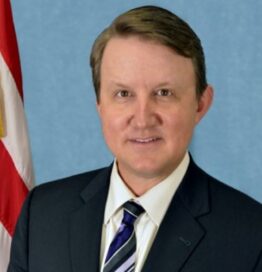 Mr. Jeffrey Bratcher is the Chief Network and Technology Officer of the FirstNet Authority. Mr. Bratcher is a key leader involved with the shaping of the technology for the Nationwide Public Safety Broadband Network (NPSBN). He led the formation of the FirstNet Authority technology teams as well as the state-of-the-art Innovation and Technology lab located at the FirstNet Authority office in Boulder, Colorado. Building upon his success as the Chief Technology Officer, Mr. Bratcher was also appointed to lead the network team overseeing the implementation of the nationwide FirstNet broadband network built with AT&T. Mr. Bratcher began his federal service in 2003 with the National Telecommunications and Information Administration (NTIA) Institute for Telecommunication Sciences (ITS) also located in Boulder, Colorado. Prior to joining federal service, he worked for ten years within the wireless private sector deploying several of the first digital cellular systems in U.S. and international markets. Mr. Bratcher received his BS in Electrical Engineering from Texas Tech University and his MS in Telecommunications from Southern Methodist University.