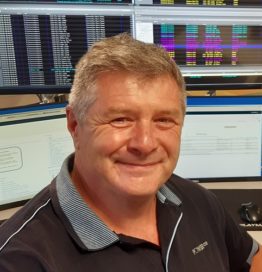 Phil Marsh moved to New Zealand in 2003 armed with nearly three decades of experience in British electricity distribution and telecommunications. His first 15 years were spent as a high-voltage technician with his work centred on primary plant with voltages of up to 132 KV. A leap in to the ‘dark’ world of telecommunications followed where he cut his teeth on telephone systems such as GPT, ‘X’, ‘L’, then on to transmission and plesiochronous multiplex systems.

After redirecting his career path towards project management, he built 2G and 3G cellular systems, fibre-optic transmission systems and was involved with transoceanic cabling.

Account and network operating management followed. A return to his electricity roots beckoned on arrival in New Zealand where he signed on with major distributor Powerco.

During a brief secondment as control room manager, Phil was attracted to real-time management of an electricity system. He became Powerco’s Network Operations manager where he has enhanced the systems and processes.

Phil fuels his enthusiasm for life and work with travel. You’ll likely find him riding a hired motor bike along dirt tracks in a remote part of South East Asia.