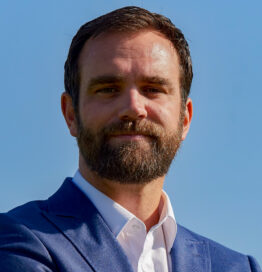 Richard Adams is Swoop Aero’s Regional Manager for Oceania, overseeing drone logistics flight operations and commercial engagement in the region. Prior to joining Swoop Aero in November 2020, Richard was a National Director with Disaster Relief Australia, a veteran-based disaster relief NGO, and his responsibilities included developing and managing their Aerial Damage Assessment Team. He also spent five years in a number of emergency management leadership positions with the Victorian state government, including in aviation, and flew as an aerial observer throughout the 2019-20 Black Summer bushfires. Although born and raised in New Zealand, Richard began his career as an Officer in the British Army, with roles including leading unmanned aviation operations over Afghanistan and managing specialist aviation training in the UK, Germany, Canada and the Middle East.